The Battleground at Deer Park features a demanding championship layout that is sure to test any seasoned player. All the while, the course also boasts varied tee lengths to ensure that even the most novice of players will enjoy their round and feel comfortable and competitive. The Battleground at Deer Park is 18 holes of serene golf pleasure, and visitors enjoy the rolling fairways, manicured greens and strategically-placed water hazards.

While golfers are testing their skill at The Battleground, they get to read a commemorative granite marker representing the battle that gave Texas its independence. These markers name each hole in association with the battle that took place on the San Jacinto Battleground when troops, under the command of General Sam Houston, defeated and captured General Santa Anna and the Mexican Army. 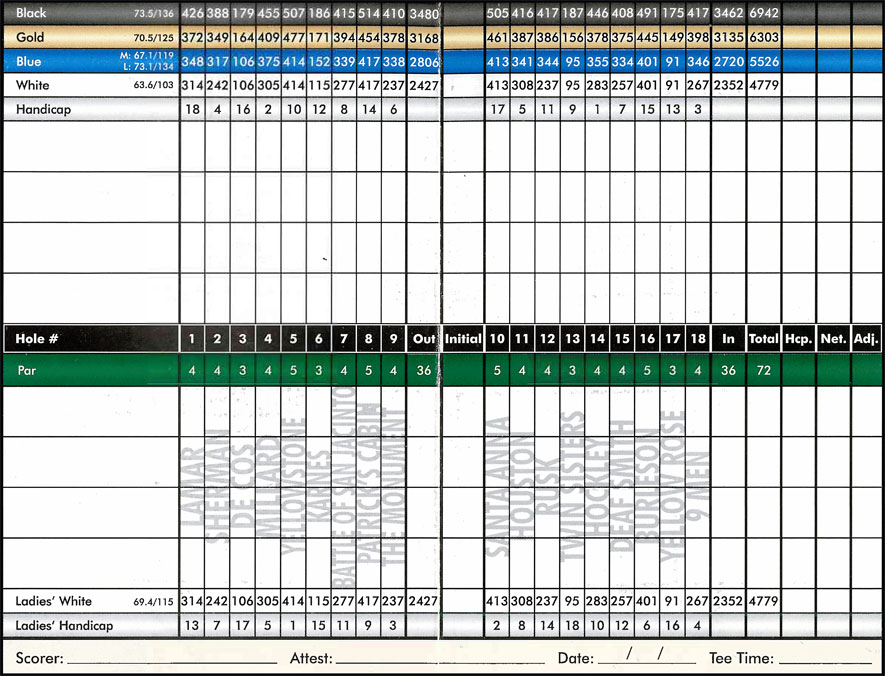 Each of the holes at The Battleground at Deer Park Golf Course have been given a name associated with the battle that took place on the San Jacinto Battleground when troops under the command of General Sam Houston defeated and captured General Santa Anna and the Mexican Army. The name of each hole and a brief description is included on a granite tee marker located on each hole of the golf course. Following is what appears on those tee markers, click each one below to see the description and hole layout.

Lamar – Mirabeau B. Lamar was commissioned a colonel and assigned to command the cavalry.

Sherman – Sidney Sherman commanded the left wing of the Texas Army and has been credited with the battle cry, “Remember the Alamo.”

De Cos – Martin Perfecto de Cos was Santa Anna’s brother-in-law and reinforced him on the morning of April 21, 1836, at San Jacinto.

Millard – Henry Millard was lieutenant colonel of the First Regiment and commanded the right flank.

Yellowstone – The Yellowstone was the steamer that landed at Patrick’s Landing with President Burnet to draft the treaty and departed with the wounded Sam Houston.

Patrick’s Cabin – Patrick’s cabin was the home of Dr. George Moffit Patrick, where the treaty of Texas Independence was drafted.

The Monument – The San Jacinto Monument was constructed between 1936-1939 to commemorate the heroes of the Battle of San Jacinto.

Houston – Samuel Houston was Commander of the forces at San Jacinto that gained Texas its independence.

Rusk – Thomas J. Rusk was Secretary of War of the Texas government and participated in the Battle of San Jacinto. 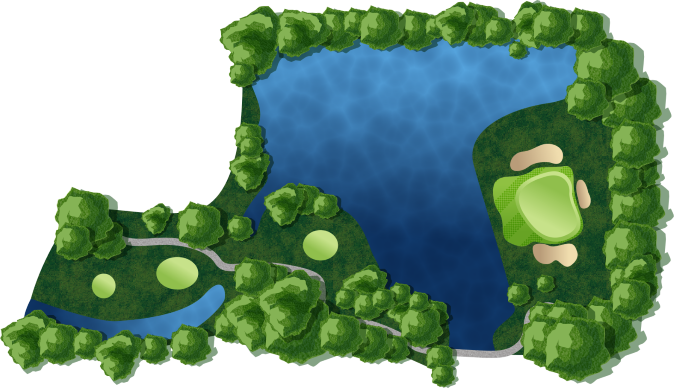 Twin Sisters – The Twin Sisters were a matched par of six-pounders, sent by the citizens of Cincinnati, Ohio after hearing news of defeat at the Alamo.

Hockley – George W. Hockley was in command of the “Twin Sisters,” the only two pieces of artillery.

Deaf Smith – Erastus (Deaf) Smith was remembered for destroying Vince’s Bridge and then returning to take part in the battle.

Burleson – Edward Burleson was Commander of the First Regiment of Texas Volunteers which he commanded at the Battle. 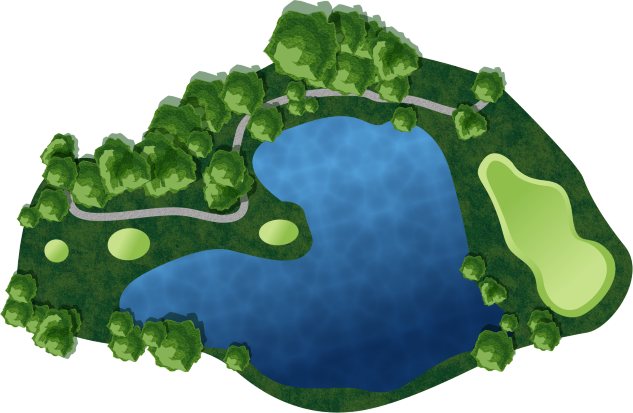 Yellow Rose – Legend has it that Santa Anna spent moments before the attack with a mulatto beauty named Emily Morgan, forever known as the Yellow Rose of Texas.

Ready to Reserve your Tee Time?